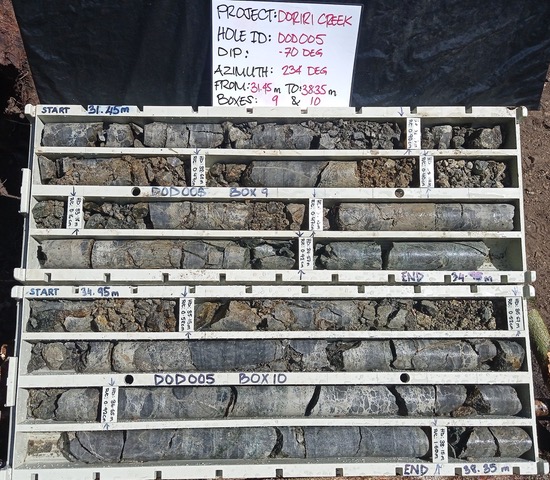 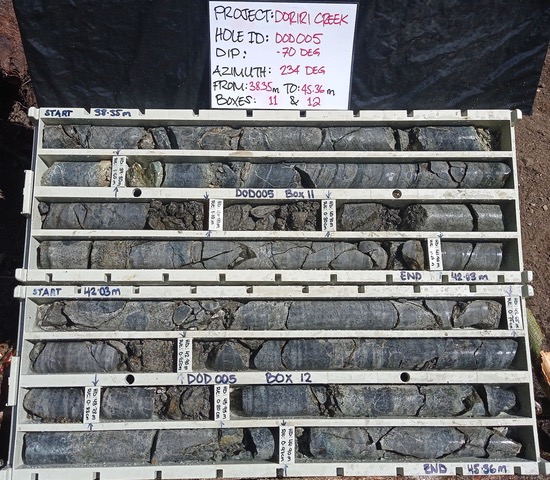 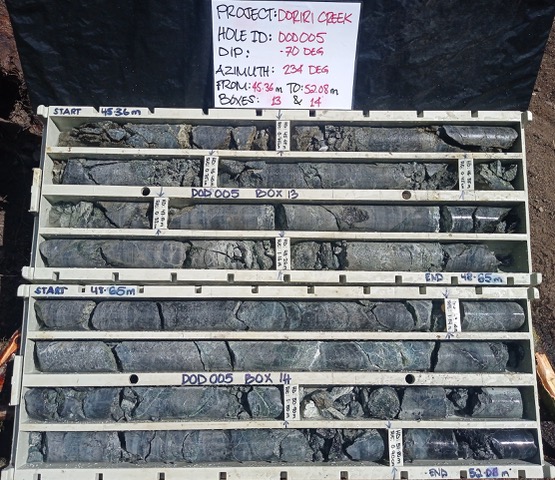 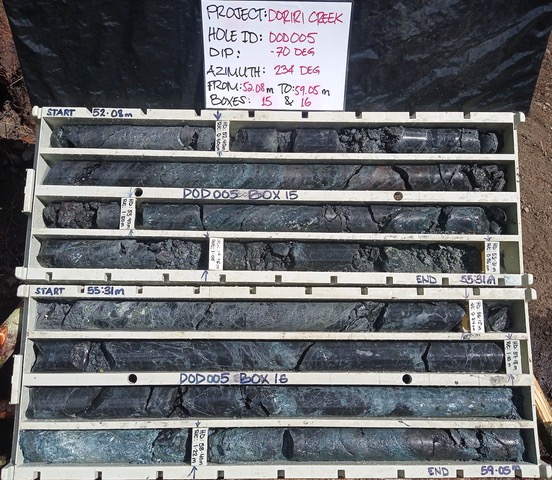 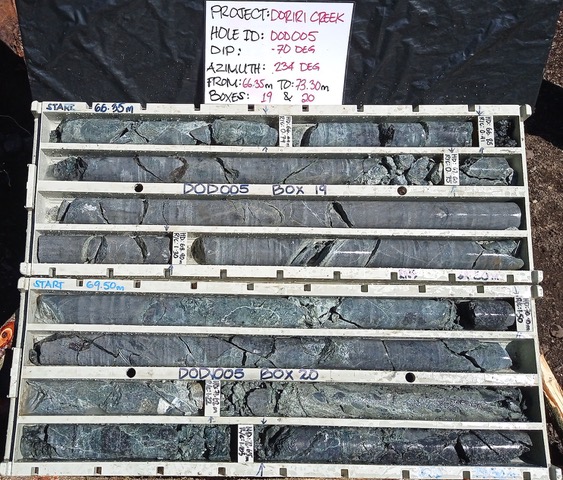 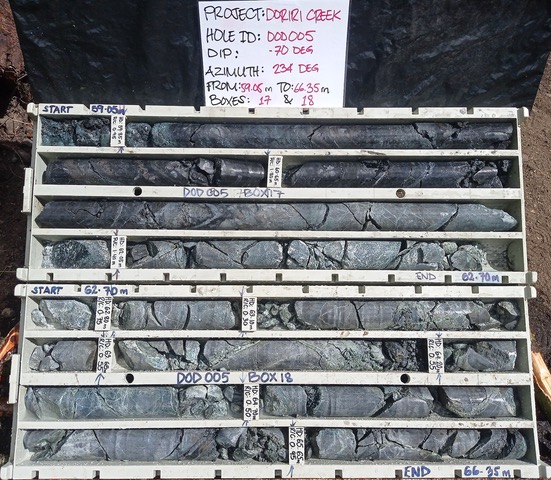 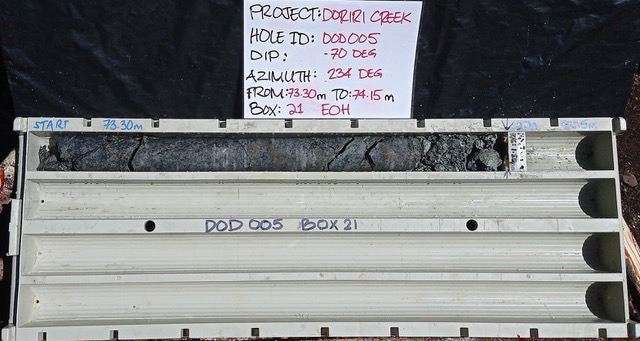 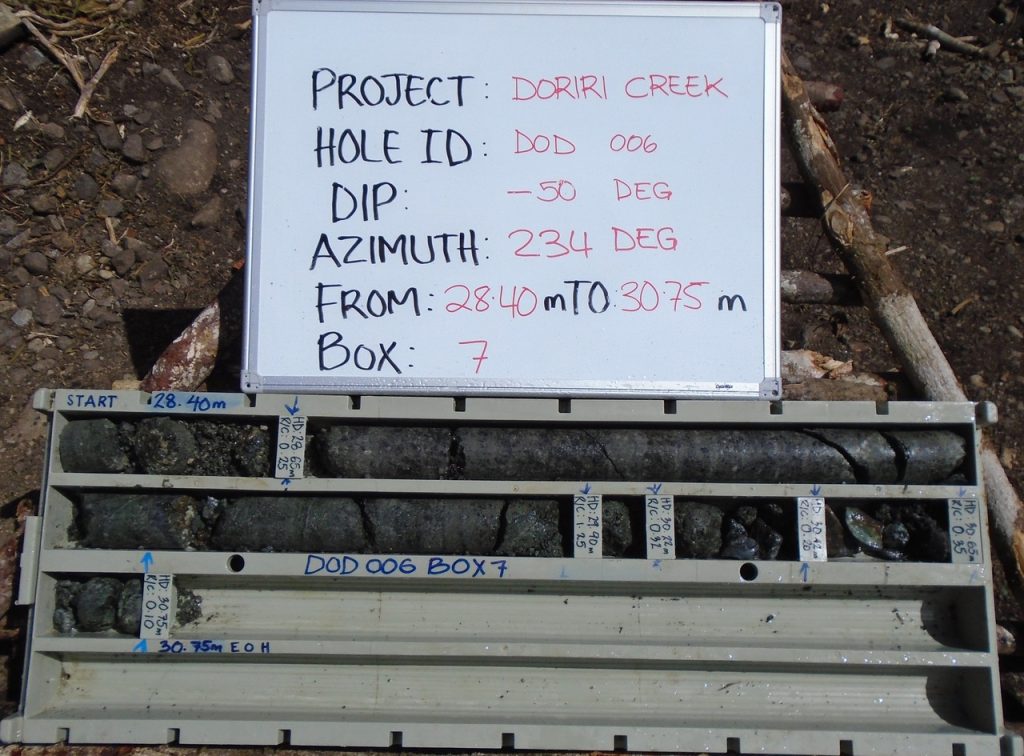 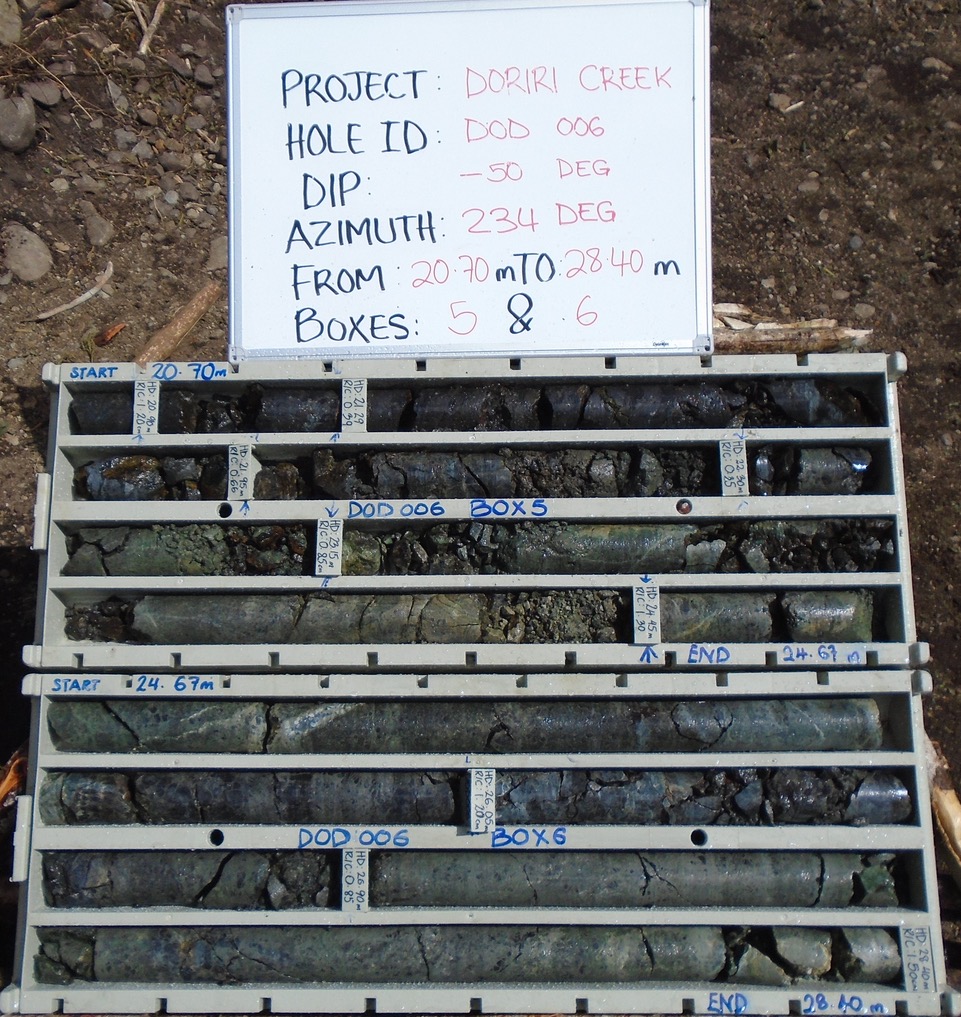 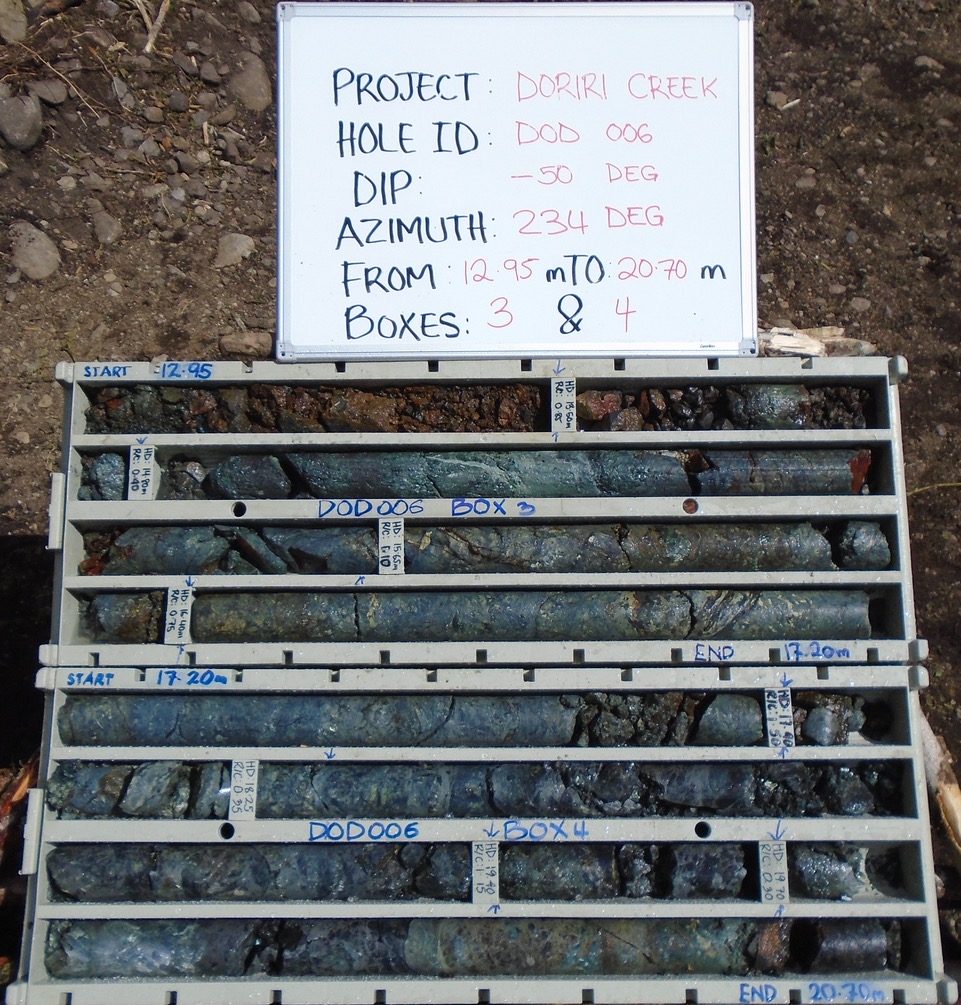 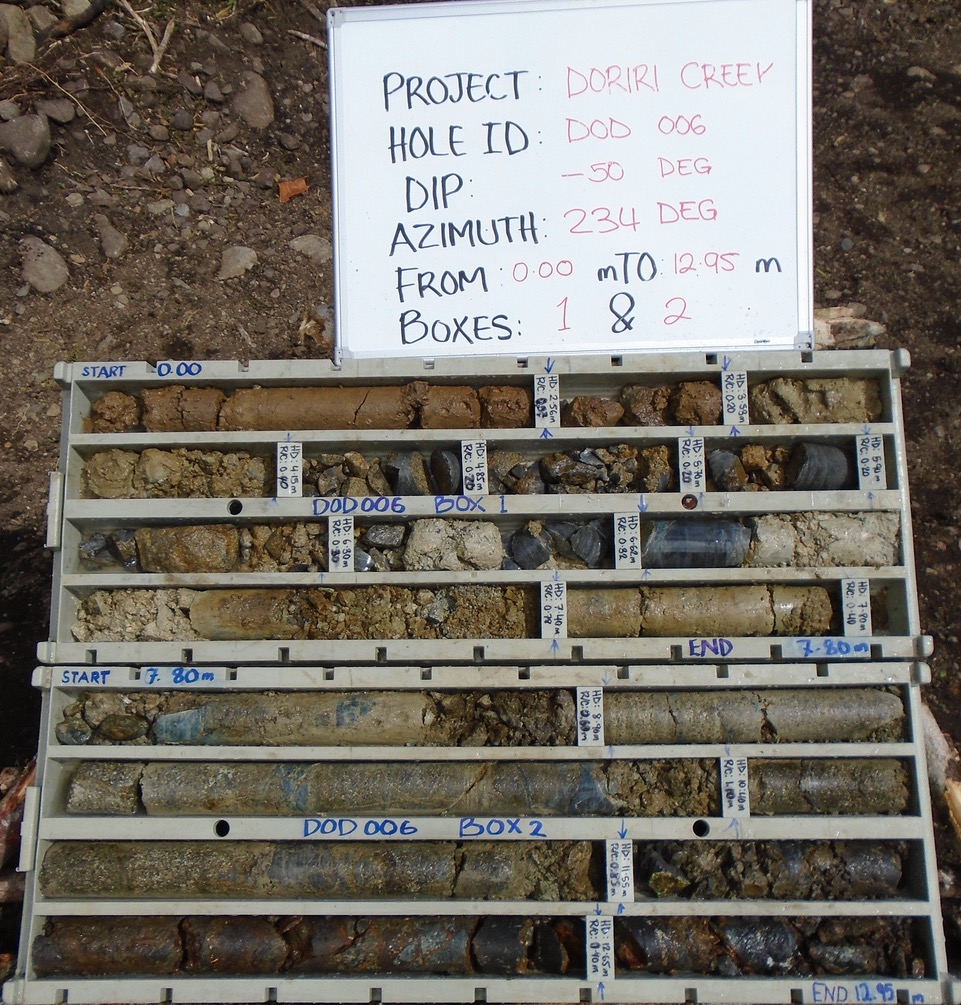 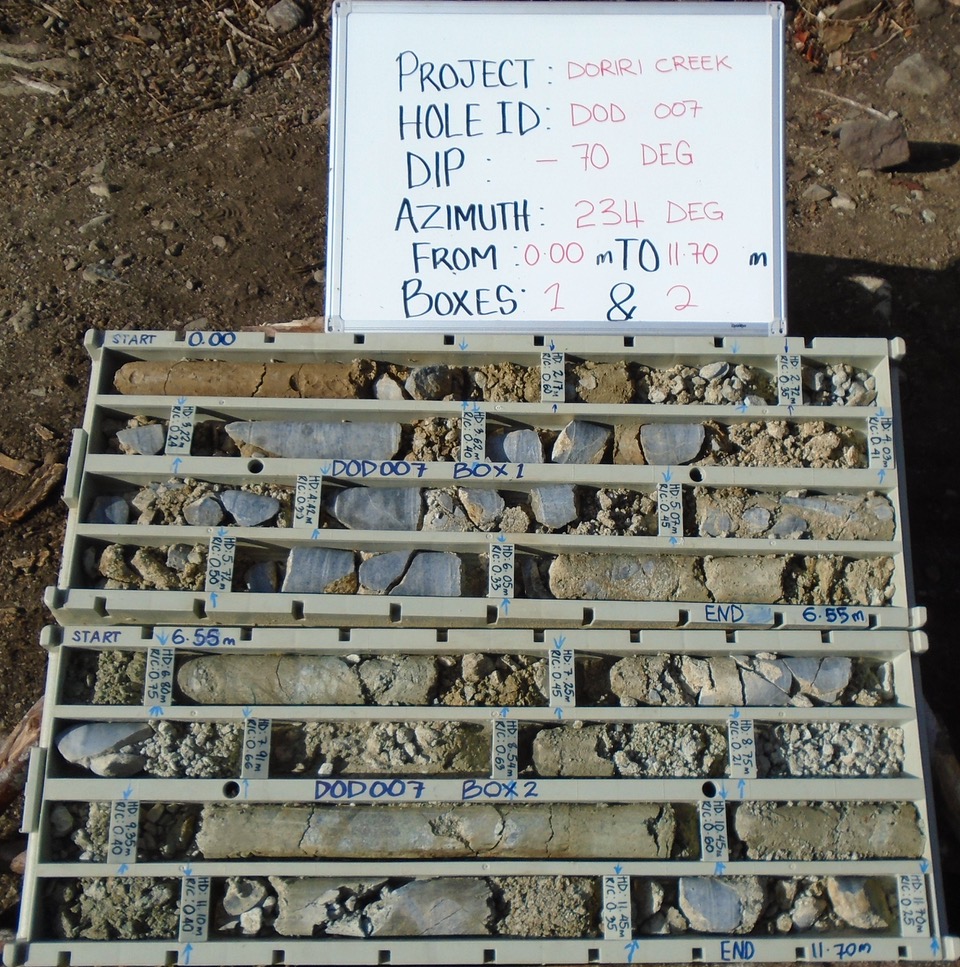 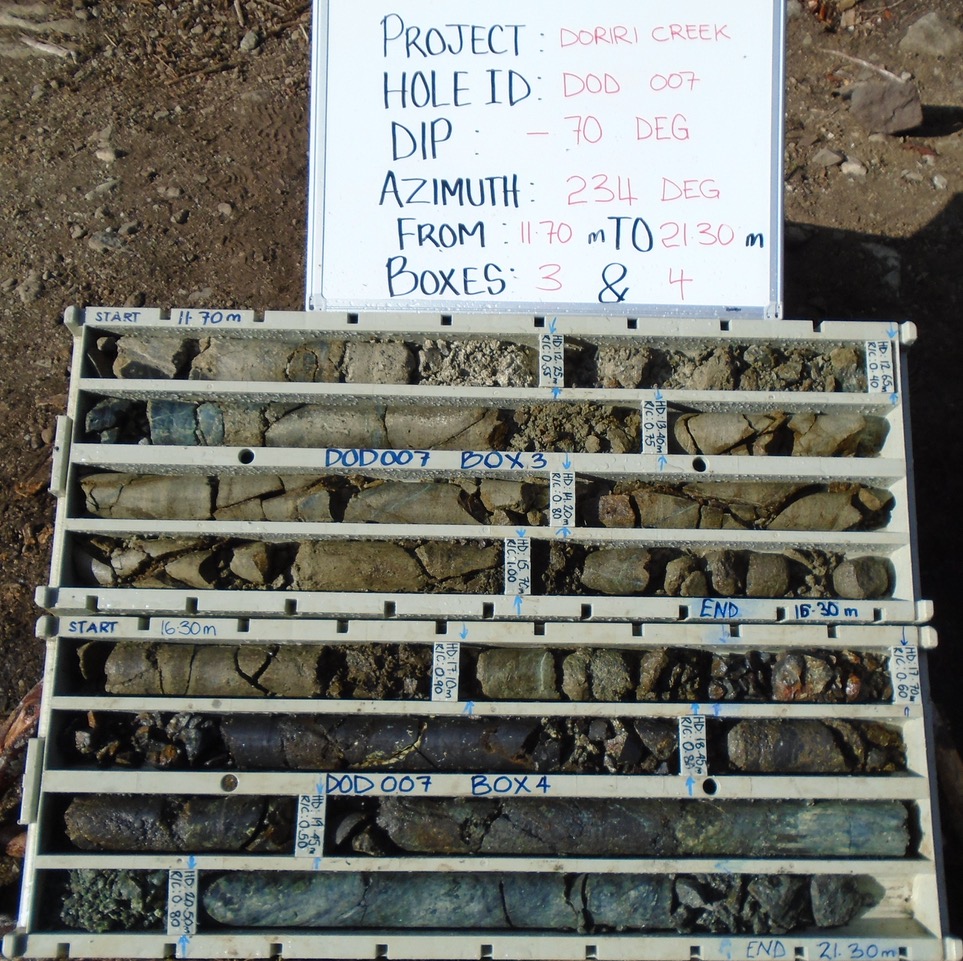 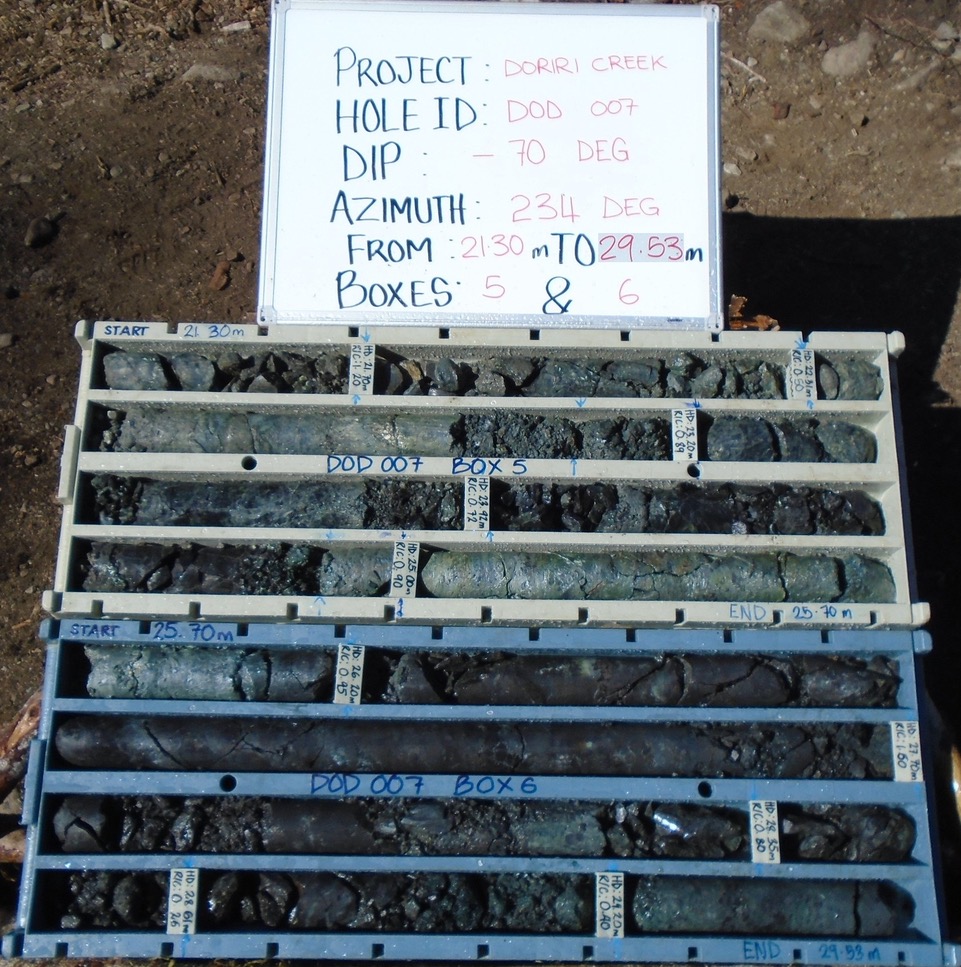 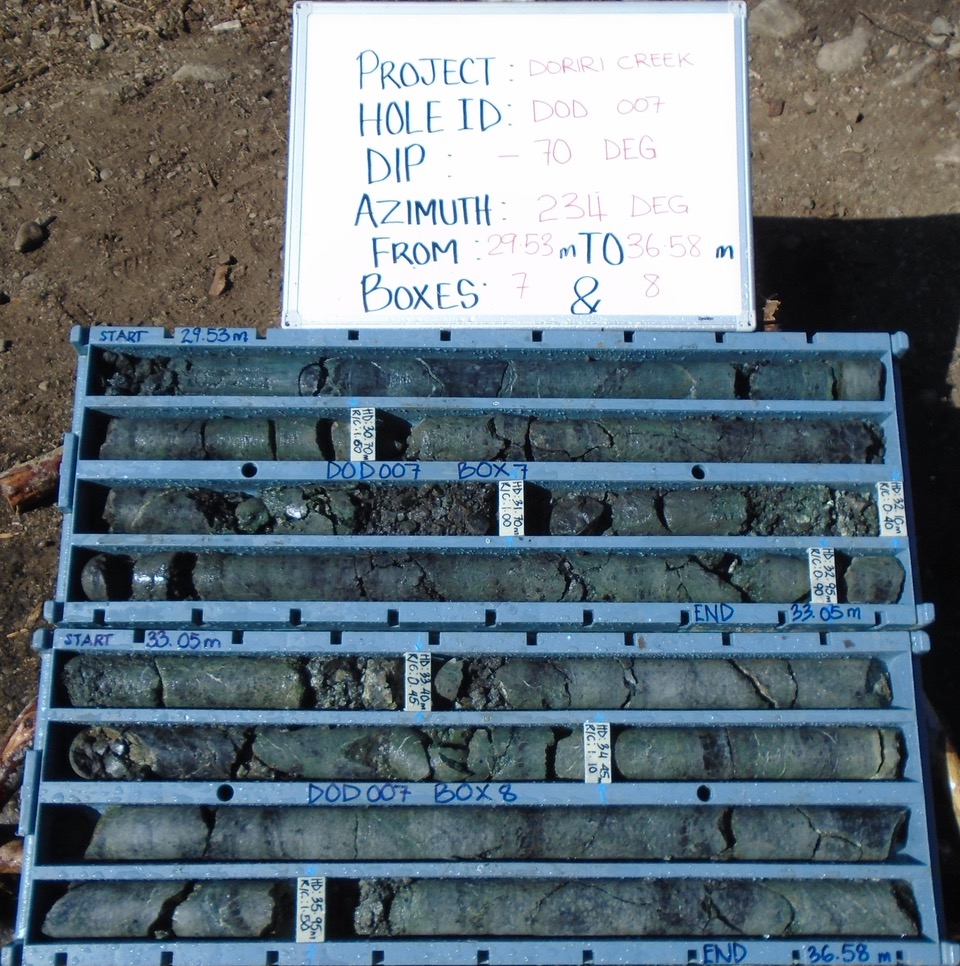 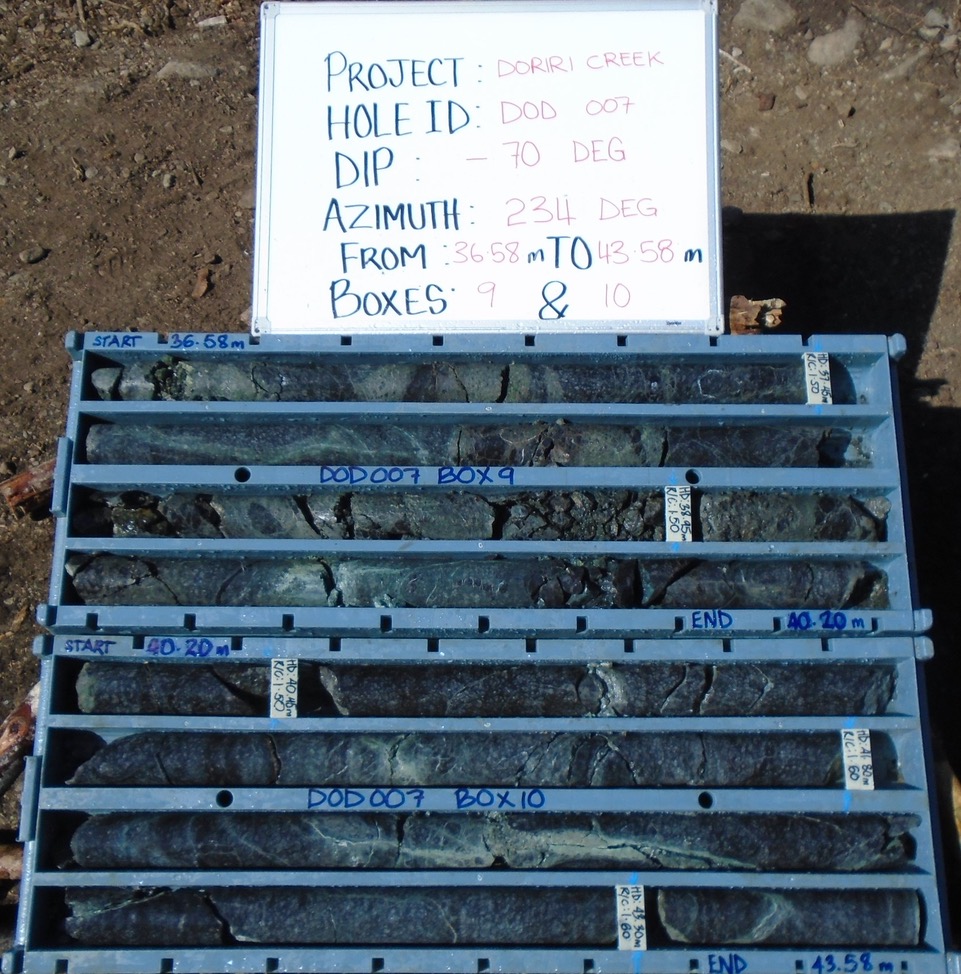 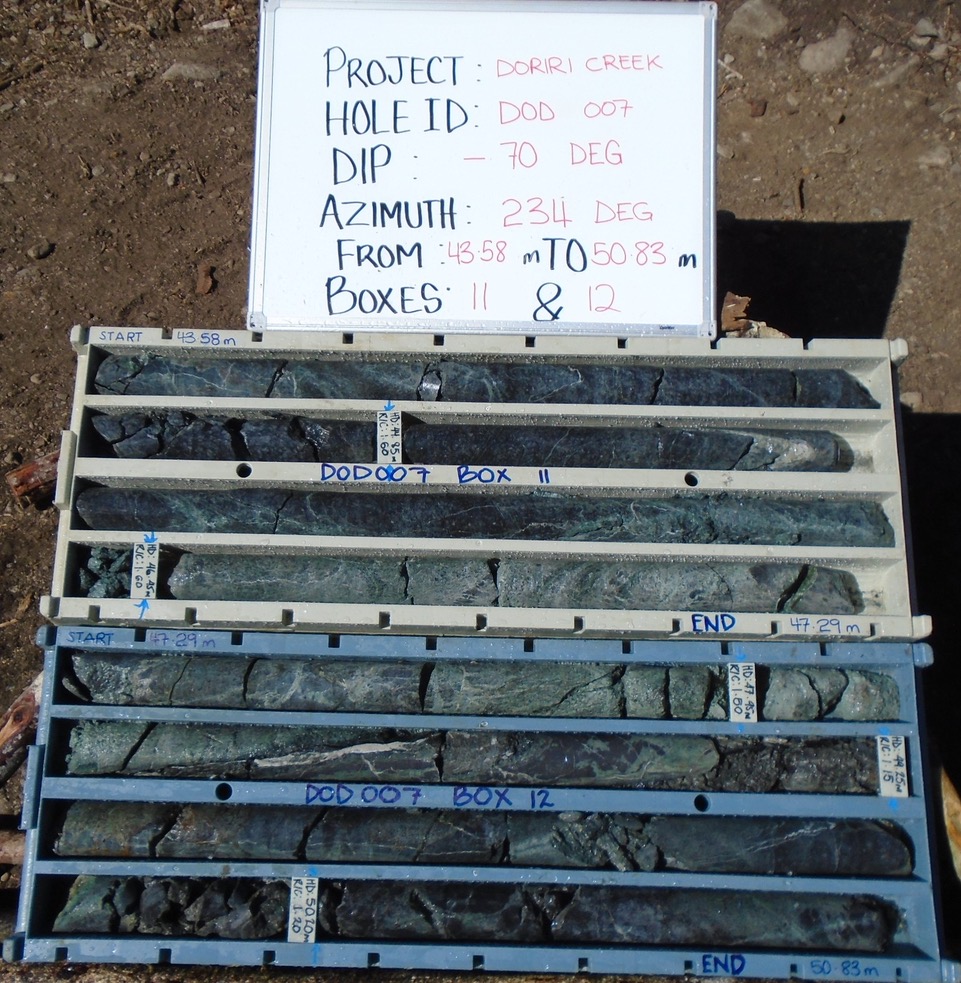 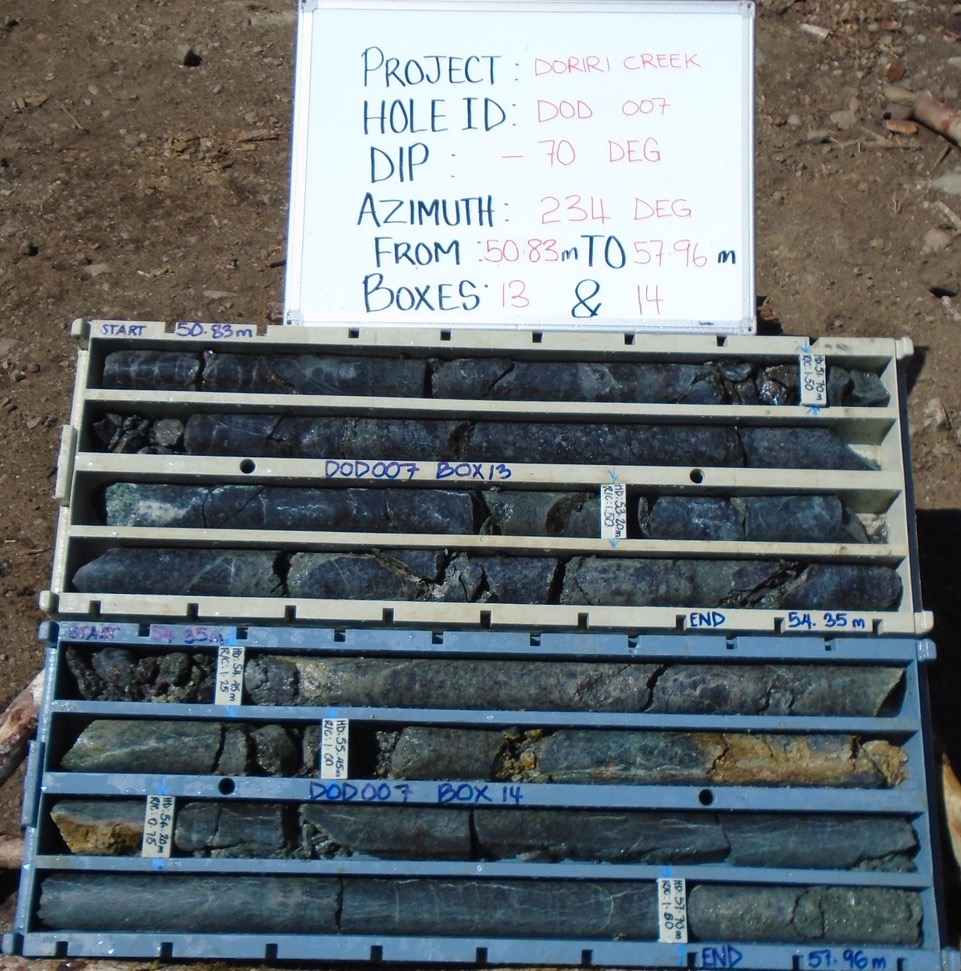 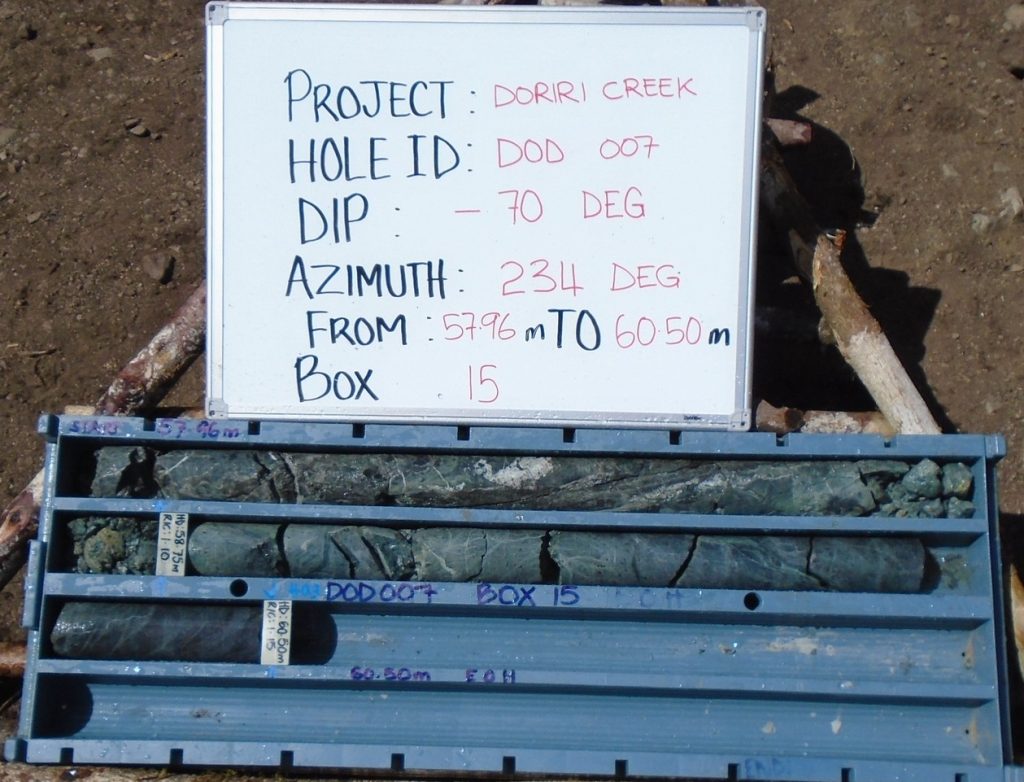 Director Steve Balch updates the AGM with his comments on Doriri

At Doriri the exploration team has uncovered a high-grade nickel prospect that has been trenched along strike for a distance of 400 m where it remains open in both directions. They have now drilled into it at shallow depths to determine the orientation of the mineralization as well as its thickness. We can confirm the mineralization is steeply dipping and has a true thickness that varies between 10-15 m. Historic nickel grades at Doriri have averaged over 1% with some areas grading closer to 2% and with significant palladium and platinum.

The next steps will be to receive the assays from our current drill program and eventually to perform mineralogy and metallurgy work to determine if the Ni and platinum group metals can be extracted at a reasonable recovery rate – which we are confident they can.

Some previous work by Lindley has shown that the surrounding ultramafic rocks are also elevated in nickel, in many cases with a grade similar to that of Canada Nickel’s Crawford Propery near Timmins, Ontario. This would mean that Doriri has the potential to host both high-grade and low-grade, high tonnage nickel. We very much look forward to these next steps and congratulate the exploration team led by David Lindley. 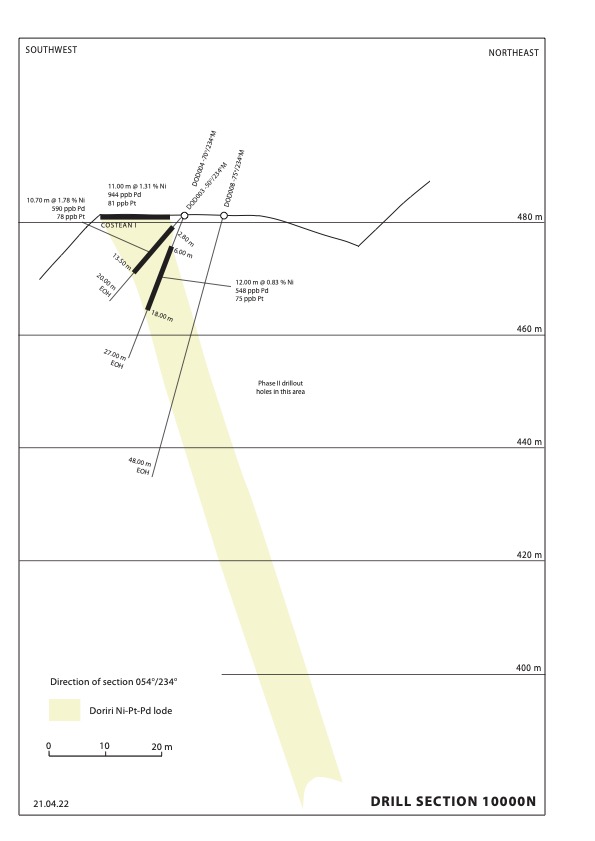 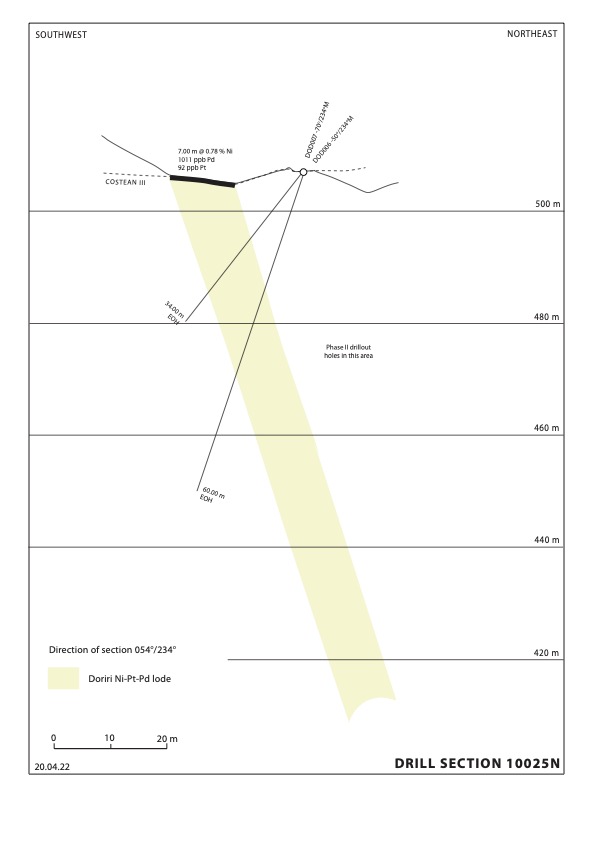 The Doriri prospect has been thoroughly explored during a programme of exploration trenching, detailed 1:250 scale lithological, structural and alteration mapping and sampling and petrological studies under the supervision of/completed by Dr Lindley between 2007-2008. A consequence of this work was the recognition of the epithermal nature of the Doriri deposit. Four mineralised drillholes were completed in March-April 2012. Fieldwork and drilling has defined at lode of 10-15 m width and a strike length of perhaps 520 m. Average grades of Ni across the width of the lode vary between 1 to 2.5 %. Pd values up to 1.0 m averaging 4.07 g/t and Pt values up to 1.0 m averaging 0.5 g/t have been encountered during trenching and drilling.

PNG Copper Inc commenced a drill programme at Doriri in the first quarter of 2022. The Company is using a lightweight man-portable ID200 drill rig, with a depth capability of 200 m in HQ rod size, for the present programme. The rig can be readily broken down into components that are man portable, with obvious cost savings without the use of a helicopter.

Three drill pads have been excavated on the exceedingly steep slopes (45o) at the south-eastern end of the lode. From these drill pads four holes will be completed. A further 6-7 holes have also been identified and will be pursued following the successful completion of the current drill programme. 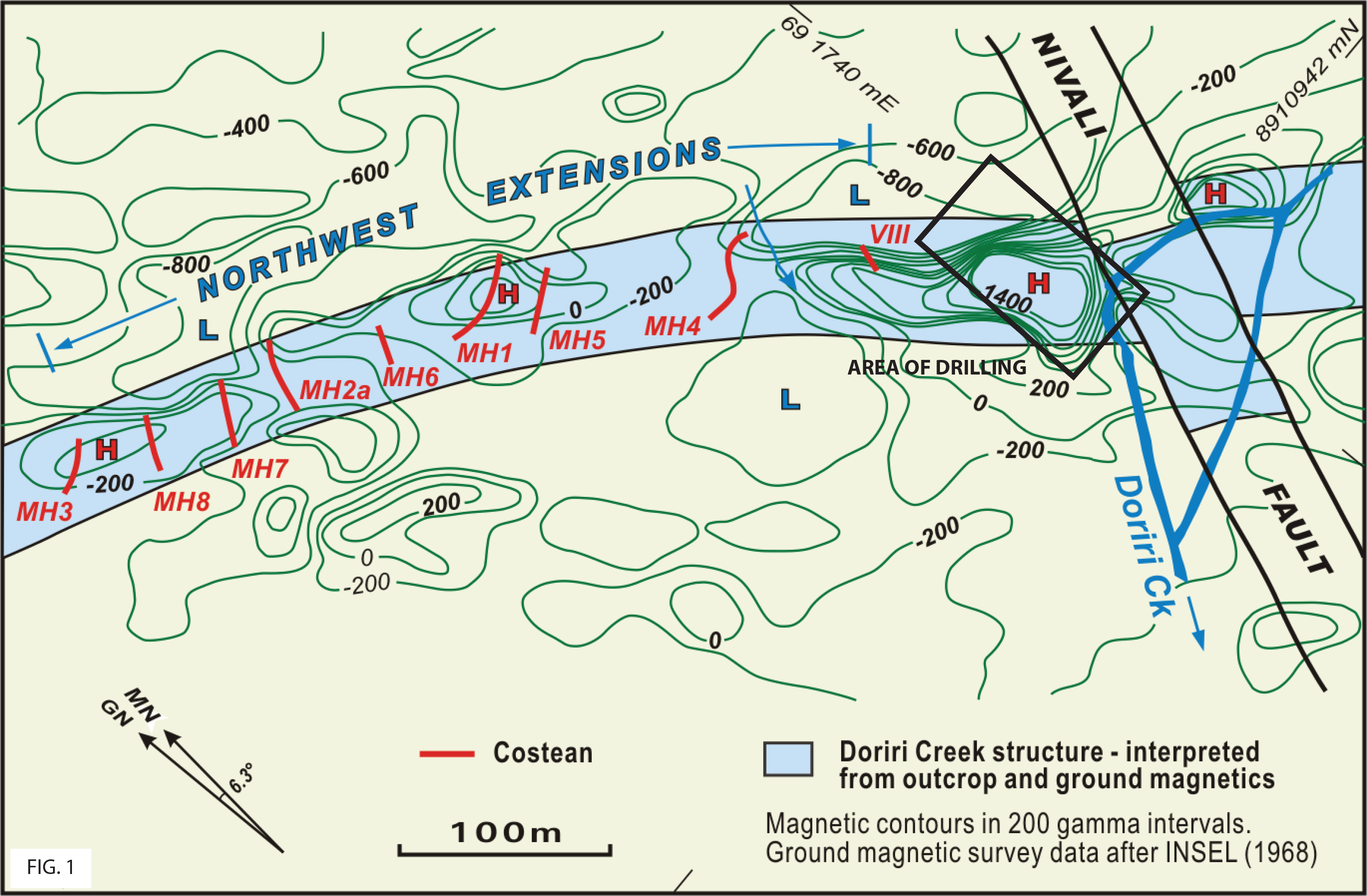 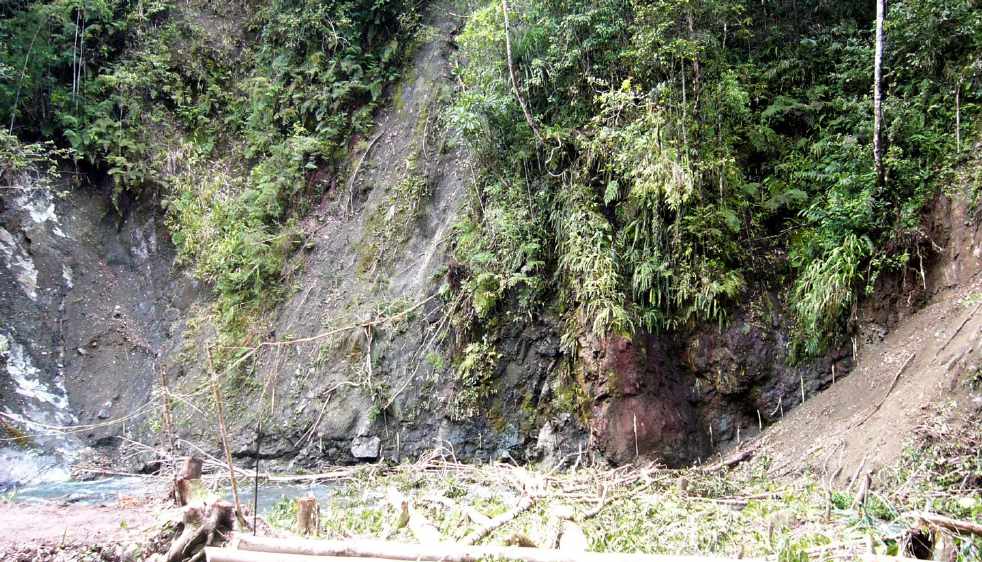